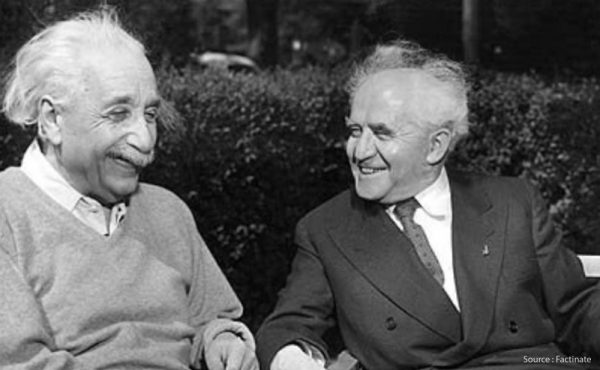 Albert Einstein is one of the most known scientists ever born, but it is a less known fact that Einstein was also offered the presidency of Israel and he had actually turned it down.

Einstein was 73 when he was offered the position, and he mentioned in his refusal letter that he “lacks the experience to deal properly with people”