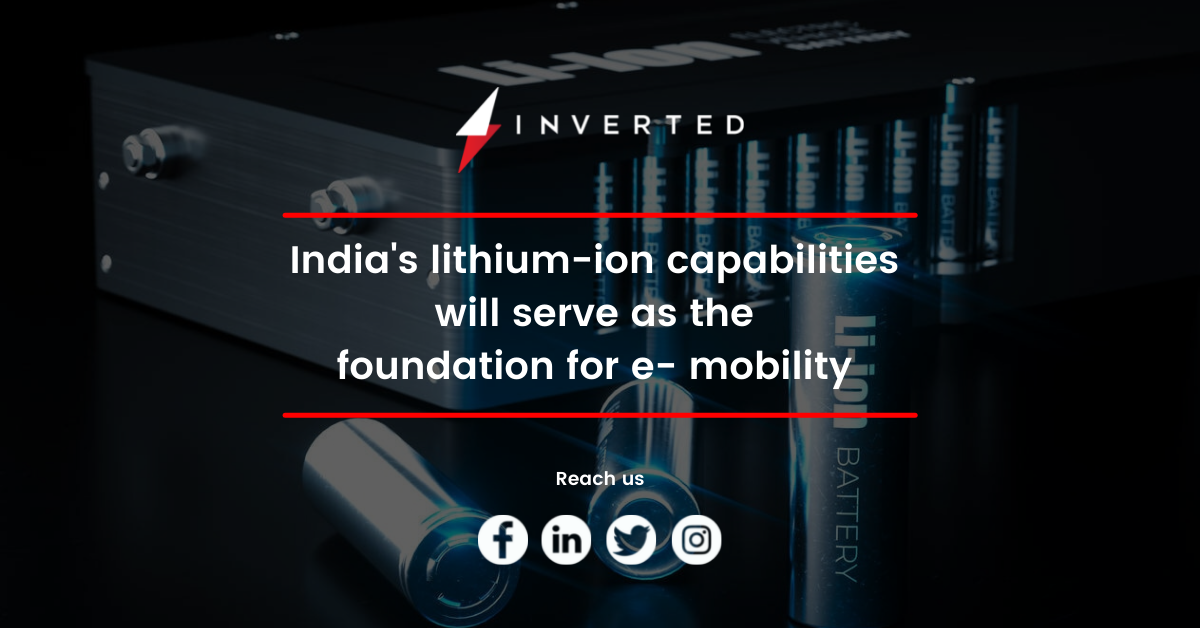 The world is at the crossroads of another industrial revolution, but this one will be very different from the one that occurred in the nineteenth century. The fusion of information technology and biotechnology—indeed, an exotic cocktail—is radically altering how people connect.
Clean energy, the most significant game-changer since the invention of the steam engine more than two centuries ago, will transform transportation modes along the road.

Clean energy is transforming how people and things are carried, requiring the automotive sector to rethink its objectives. India has placed a strong emphasis on promoting environmentally friendly technologies.

The administration has made the transition to electric mobility a top priority. The first phase of the FAME (Faster Adoption and Manufacturing of Hybrid and Electric Vehicles) plan, which began in 2015, was a legislative move in the right direction, providing subsidies for the production of electric vehicles and the installation of charging stations.

India is outspoken in its commitment to cut greenhouse gas emissions by pushing electric mobility under FAME Phase II and setting an ambitious aim of generating 175 gigawatts of power from renewable energy by 2022.
The demand incentive for electric two-wheelers has been increased to Rs 15,000 per KWh with FAME Phase II, up from a standard subsidy of Rs 10,000 KWh.

India is well on its way to becoming a worldwide EV powerhouse, with the government encouraging automakers to produce flex-fuel engines and states like Gujarat launching the ‘Gujarat Electric Vehicle Policy 2021’ to promote broad usage of electric vehicles (EVs).

The transportation sector accounts for 10% of India’s carbon emissions. The government’s goal of converting 15% of the country’s automobiles to electric power by 2030 will reduce air pollution and reduce crude oil imports.
By 2030, electric vehicles will account for 30% of all vehicle sales in the country. Apart from the environmental benefits, this transformation is expected to save Rs. 1 lakh crore in crude oil imports.

The rising use of electric vehicles (EVs) as a result of favorable governmental efforts has far-reaching consequences for the automotive sector. The auto parts sector will be shaken more than ever by the continuing upheaval.

First and foremost, it will result in increased imports from nations such as Germany, as both countries are working to increase collaboration on next-generation technology.

The Indian electric car market is seeing an influx of German original equipment manufacturers. China, on the other hand, would pursue aggressive EV component exports to nations such as India.

Two-wheelers account for 80% of the 250,000 EVs on the road today that use lithium-ion batteries.

The rapid adoption of electric vehicles will result in a growth in the demand for lithium-ion batteries, which are rechargeable batteries used in a variety of industries, including automotive and consumer electronics.

The remainder is utilized in the telecommunications industry, data centers, lighting, and other consumer electronics. By 2030, electric vehicle batteries will account for 80% of the lithium-ion battery industry. The cost of lithium-based products is steadily decreasing, making them more affordable to EV makers.
The majority of today’s electric vehicles use rechargeable lithium-ion batteries. From two-wheelers to commercial vehicles and public transportation buses, the batteries utilized in these vehicles are virtually the same.
Lithium, cobalt, nickel, iron, and copper make up their composition. A lithium-ion battery may charge and discharge between 500 and 10,000 times depending on its size, construction, and purpose.

A battery can last for up to eight years. When its capacity goes below 80%, it must be replaced.

However, it has several flaws that have limited its adoption in India. The high anode cost and byproduct removal when using standard electrolytes are two of the most significant.

Another significant disadvantage of aluminum-air batteries is that, unlike lithium-ion batteries, they cannot be refilled.

The availability of a large number of battery switching stations, which is currently a barrier in the Indian context, is a requirement for the widespread adoption of aluminum-air battery-based vehicles.