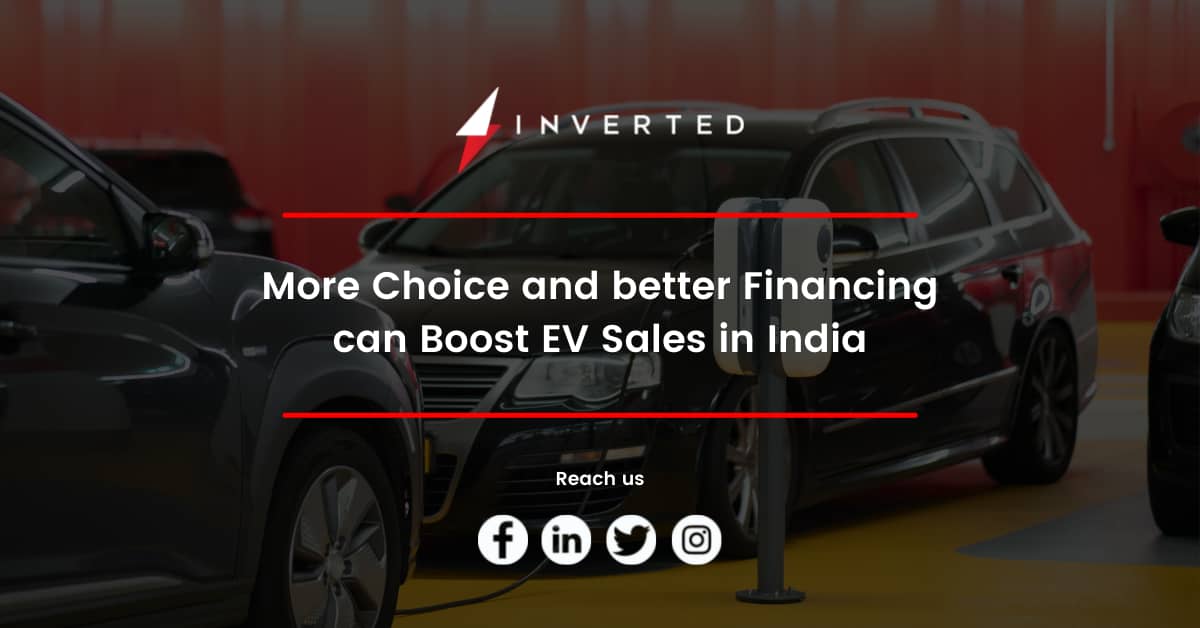 In this blog, we will try to analyze EV sales in the Indian market. 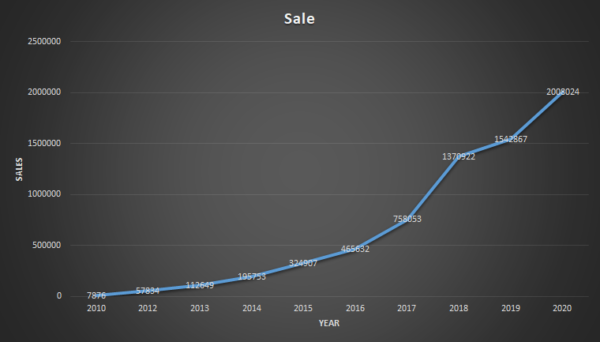 Although EV sales in India are modest in comparison to the worldwide market, monthly EV sales during the pre-and post-COVID periods have shown some promising indicators.

In some Indian states, such as Tamil Nadu and Kerala, the number of electric vehicle registrations has increased by 50 times in the last three years. 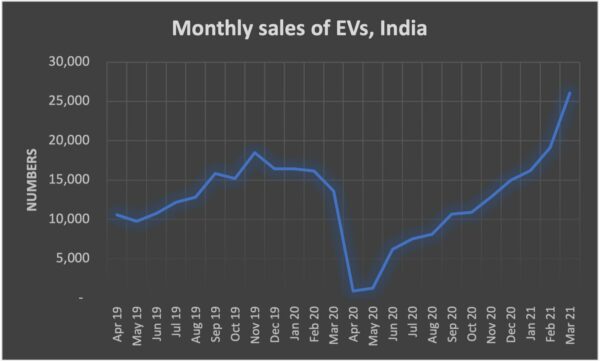 The rise of the EV market is very phenomenal, it is very close to reaching the tipping point. The major reason behind this is 2 very important factors. First the evolving battery technology and second the declining cost of batteries and EVs.

If we analyze the countries that are about to reach the inflection point in their EV sales, we will be able to find 3 common points.

The early majority is reliant on early adopter feedback.

When we look at the Indian market, we can see that a big portion of it is based on 2-3 wheeled, low-cost, and low-speed vehicles. If we analyze the sales growth of these vehicles, it is primarily due to a shortage of low-cost, accessible mobility. Although public transportation is available, it is sometimes overcrowded, and everyone values their own space when traveling.

The amount of options available to consumers is also a factor in the EV market’s growth. The market will not be able to reach that tipping point if the industry is unable to provide enough options to choose from. 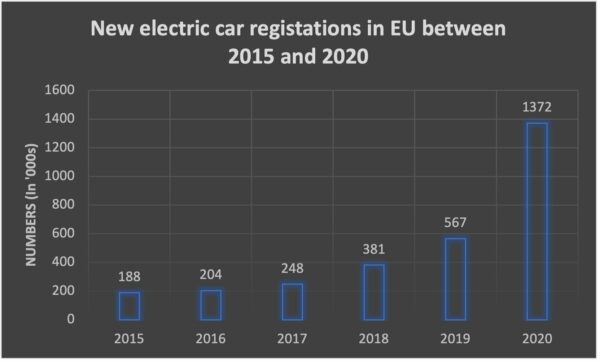 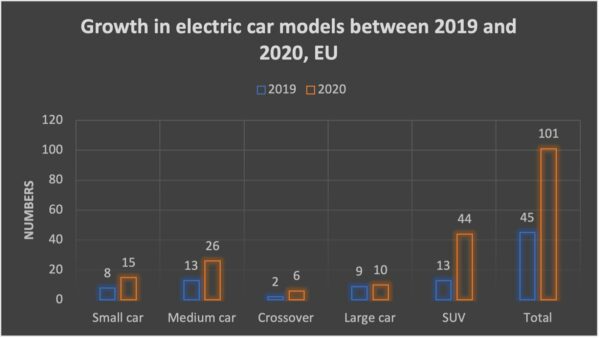 If we look at the European market, we can observe that between 2019 and 2020, EV sales doubled as EV options doubled.

Customers were able to view a variety of possibilities to pick from, which reflects on their annual new EV registration. In 2015, there were 188,000 new electric car registrations, and by 2020, the number grew to 1372,000.

“Product choices become equally or more important when the market starts reaching a point where a majority of the population is ready to purchase EVs“.

When we look at the Indian EV market now, the options are still in the single digits, and the pricing range is nearly identical. It’s not only that customers in India don’t have enough data to compare; they also don’t have enough options to choose from. They want to switch to electric vehicles, but first, they want to compare the EV to their current vehicle. However, we are unable to witness that increase in sales because the Indian EV industry lacks sufficient options.

The government of India has already played its part by introducing the EV charging stations and enabling the initial sale. Now it’s up to the manufacturers to step up and provide options to the customers.

If we see the previous 2 options which are early adopters and choices along with ease of buying in the context of EV adoption then ease of buying is the most important factor.

The biggest EV value proposition to consumers will be its operational savings. The way fuel prices are rising, in coming years the EV will become more of a necessity than a luxury. But if the rising fuel prices are going to play an important role in EV adoption so why such low sales. That’s because of the upfront cost of the EV.

If we see the financing option, there aren’t many options available for EVs in India.

Seeing the interest of Indian customers in the EVs, it’s high time for both manufacturers and financial institutes to collaborate and brainstorm the new financing models.