How does a lithium-ion battery work? 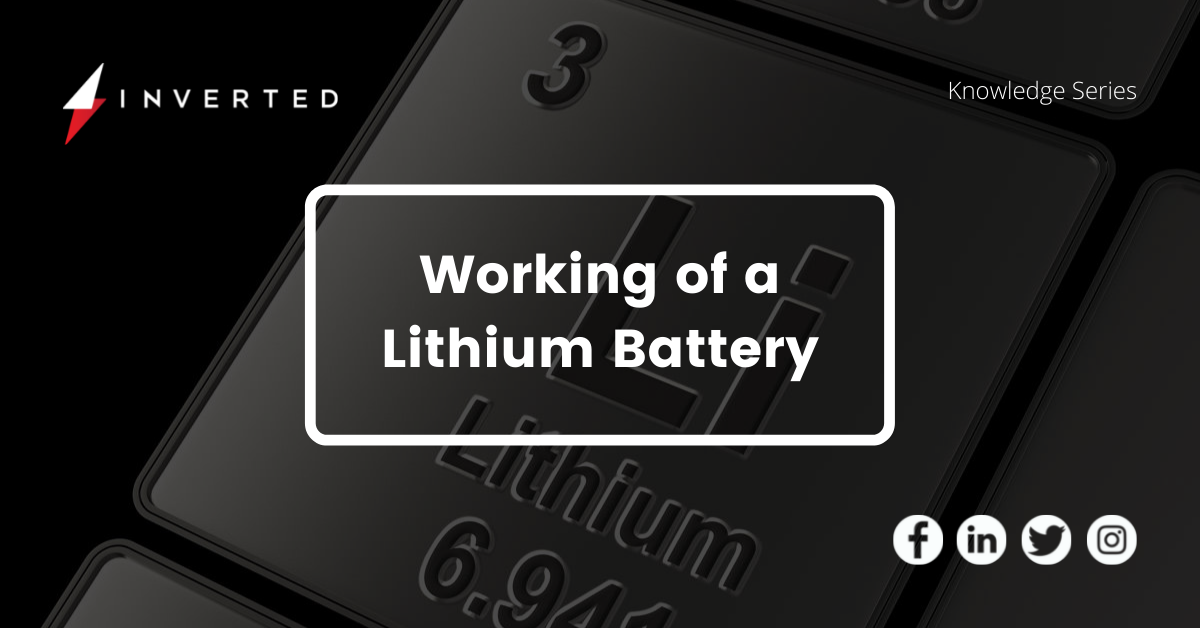 Welcome to the 5th chapter of the knowledge series by Inverted University. In the last chapter, we learned about load analysis, if you are new to this series, we recommend you to do visit the previous chapters.

Lithium-ion batteries have become ingrained in our culture of mobile devices. They are the source of energy for most of the technology that we use in our civilization.

What are the parts of a lithium-ion battery?

A battery is made up of many separate cells that are linked together. A positive electrode (cathode), a negative electrode (anode), and a liquid electrolyte are the three primary components of each cell. 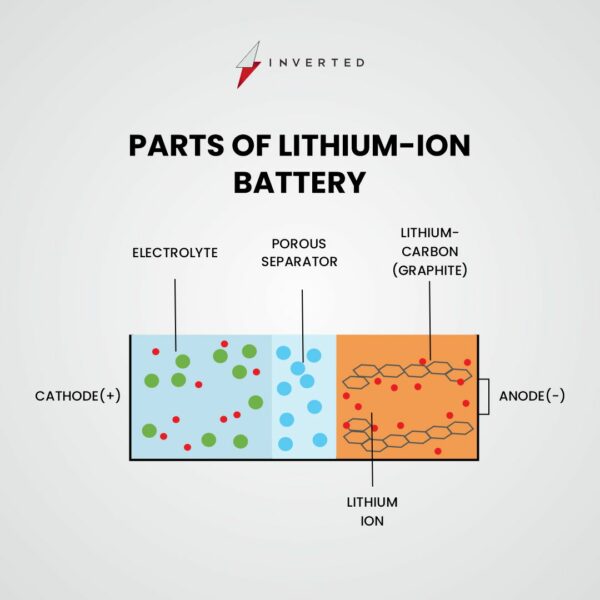 This is where the lithium ions come from. In the cathode, lithium-metal oxides are employed, and in the anode, lithium-carbon compounds are used. Because they allow for intercalation, these materials are used. Intercalation refers to the ability of molecules to insert something into one another. The electrodes in this situation can easily transfer lithium ions in and out of their structures.

What is the chemistry involved in lithium-ion batteries?

Reduction takes place at the cathode. There, cobalt oxide combines with lithium ions to form lithium-cobalt oxide (LiCoO2). The half-reaction is:

Oxidation takes place at the anode. There, the graphite intercalation compound LiC6 forms graphite (C6) and lithium ions. The half-reaction is:

Here is the full reaction (left to right = discharging, right to left = charging):

How does recharging a lithium-ion battery work?

When your phone is powered by a lithium-ion battery, positively charged lithium ions (Li+) go from the negative anode to the positive cathode. By traveling through the electrolyte until they reach the positive electrode, they can accomplish this. They are deposited there. On the other hand, electrons go from the anode to the cathode. 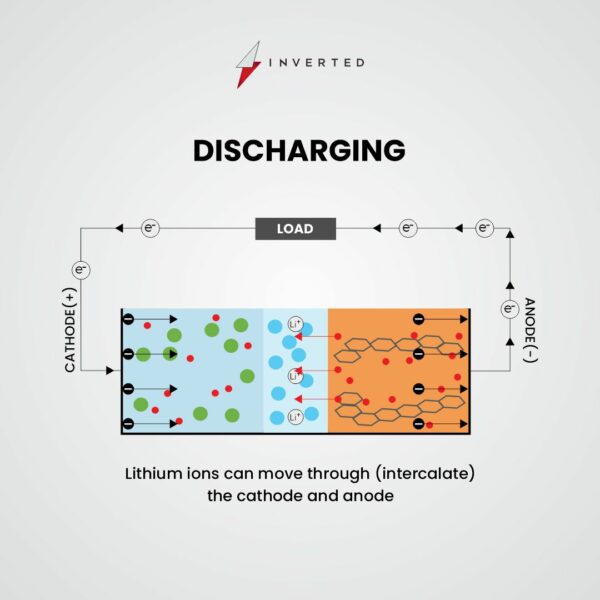 When you charge a lithium-ion battery, the process is exactly the opposite. The lithium ions return to the anode from the cathode. Electrons are transferred from the anode to the cathode. 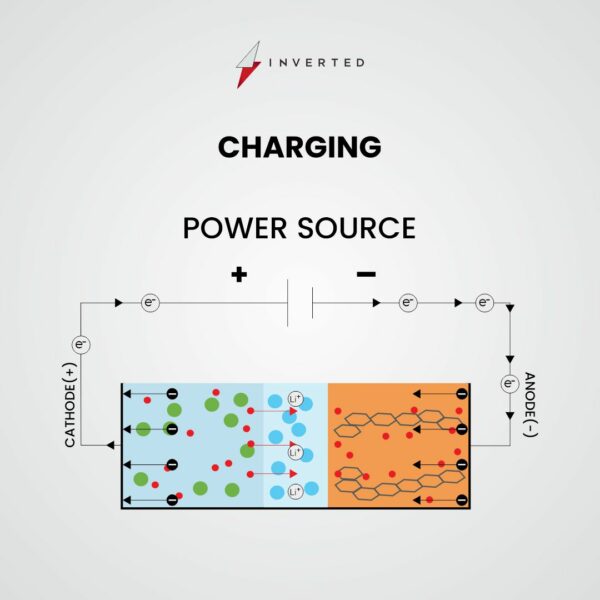 There is a steady flow of electrons as long as lithium ions are making their way from one electrode to the next. This gives your device the energy it needs to keep running. This sort of battery is rechargeable since the cycle can be repeated hundreds of times.

It’s straightforward. The charge density of lithium-ion batteries is the highest of any comparable system. As a result, they can provide a lot of energy without being too hefty.

This is due to two factors. Lithium, for starters, is the most electropositive element. The ability of an element to contribute electrons to form positive ions is measured by its electropositivity. To put it another way, it’s a metric for how easily an element can generate energy. Lithium is prone to losing electrons. This indicates that it can readily generate a large amount of energy.

Lithium is the lightest metal on the planet. Intercalation materials, rather than actual lithium metal, are utilized as electrodes in lithium-ion batteries, as you’ve learned. Even so, these batteries are substantially lighter than those made of metals such as lead or nickel.

Are there any risks with using lithium-ion batteries?

While these batteries are amazing, they are not without flaws. The most common complaint is that they wear out quickly, regardless of whether they are used or not. A lithium-ion battery typically lasts for two to three years before needing to be changed. That can be quite costly! Lithium-ion battery production and disposal have a significant environmental impact, thus the longer those batteries can survive, the better.

Lithium is quite reactive, as you know. When making lithium-ion batteries, producers must take particular procedures to ensure that the batteries are safe to use. However, some electronics, such as laptops and cell phones, have been known to catch fire due to their batteries. While this may seem like a reasonable reason for not submitting your English essay on time, it is a potentially perilous circumstance. A separator is included in lithium-ion batteries for safety reasons. This keeps the electrodes of the battery cells from coming into contact with one another. However, if this separator is ruptured or broken, the electrodes may come into contact. This can result in a significant build-up of heat. The extremely flammable electrolyte can catch fire if this build-up of heat results in a spark.

When flames appear in one cell, they can swiftly spread to adjacent cells. Before you know it, your laptop has turned into a puddle of melted plastic. Heat build-up can also cause the pressure within your laptop to rapidly rise, and BOOM!

Stay tune with Inverted University to learn about the batteries.