Charging infrastructure is a new problem for the Indian EV market 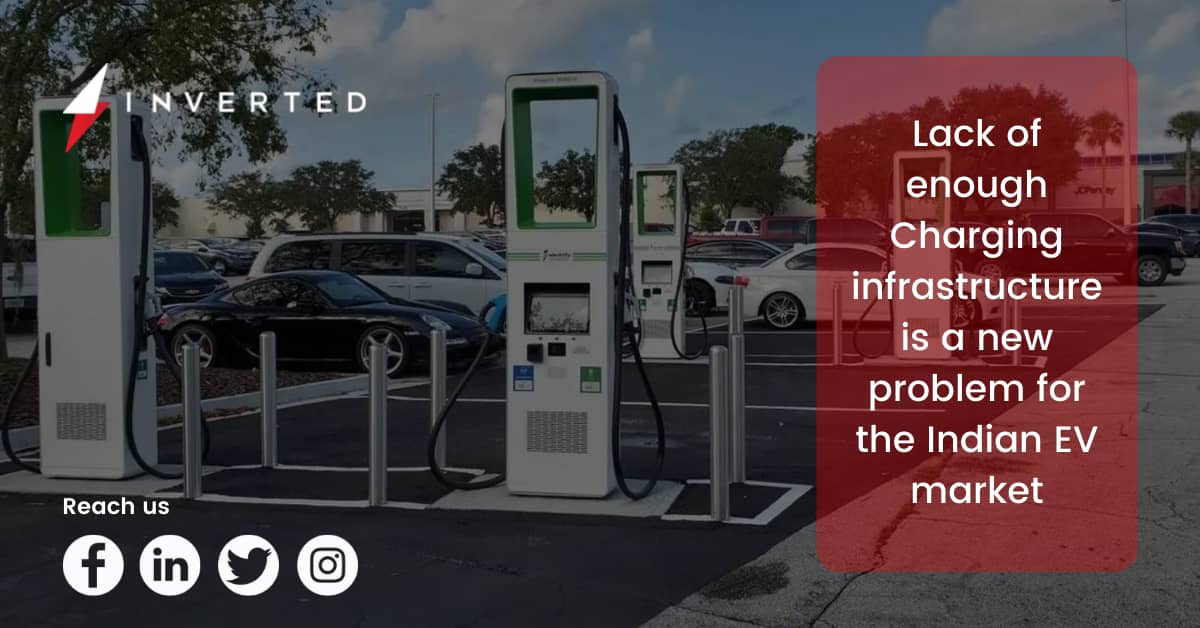 2020 was a very monumental year for the entire world. Non just from the point of COVID19 but also for the EV market. In 2020, the total number of passenger electric cars in the entire world crossed the 1 crore mark. In 2010 this number was just 17,000. Now electric vehicle’s market size is 5% of the total global market. It is expected that by 2030, this market size can rise to 17%. Even though the total EV sales in 2020 declined by 14% yet the registration of EV increased by 41%.

As of now in 2021, the total number of EVs in the Indian Market is around 2.5 lakh units but seeing the rise in registration, it is expected that by 2031 India will cross the 1 crore mark.

Consumers choose ICE vehicles because they know they won’t have to stop driving due to a lack of fuel. Consumers of electric vehicles, on the other hand, do not see the same thing. The drive is hampered by a lack of charging facilities.

But the question is, are these charging stations enough to support one of the biggest possible markets of EVs in the world.

The same question was addressed by CNBC-TV18 to Mr. Sohinder Gill who is the CEO of Hero Electric and Sandeep Bangia who is the Head of Tata Power’s EV Charging Business.

While answering that particular question Mr. Gill said, ” We are almost there on the verge of an explosion in case of two-wheelers, which is I think around 18 to 24 months away from an exponential growth point of view. As far as four-wheelers are concerned, surely first the charging infrastructure or the confidence of charging has to set it. Otherwise, it will be only premium cars, which can do 400 kilometers in one charge, because anybody who wants to buy a car could think of going intercity sometime. So for them, either you depend on charging infrastructure, or you go for a very premium car, which is very niche, or you go for a second car. All this means I think the car exponential growth to start is at least three to four years away.”

On adding 4,000 chargers under the FAME II scheme, Bangia said, “So 4,000 as a number of chargers, are they enough or not is completely dependent on how the EV penetration takes up. For EV penetration to go up really, you need to have a wider choice of vehicles and at the right price point. We are possibly at the cusp, one or two significantly important cars or significantly attractive cost at the right price point is going to trigger out this ecosystem.”