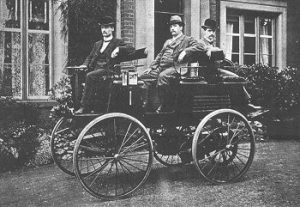 Other scientists like Michael Faraday had previously built small devices that functioned on electricity but Davenport built the first device with the power to do actual work. He used one of the motors built by him to power a small carriage.
In 1859, French physicist Gaston Planté invented the lead-acid battery. Other scientists, including Planté himself, improved on the invention in the decades to come.
The world saw the first viable electric car in 1884. It was created by Thomas Parker, known as “The Edison of Europe”. Unlike many of Parker’s other inventions, such as electric trams, underground lighting, and a smokeless fuel called “Coalite,” the car had attracted little interest.